This data is not available.

In terms of popularity, Liberal Arts General Studies is the 165th most popular major in the state out of a total 185 majors commonly available.

The racial distribution of liberal arts majors in Wisconsin is as follows: 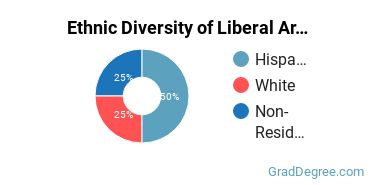 In this state, there are 2,770 people employed in jobs related to a liberal arts degree, compared to 183,750 nationwide. 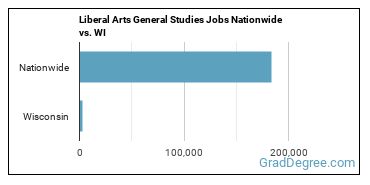 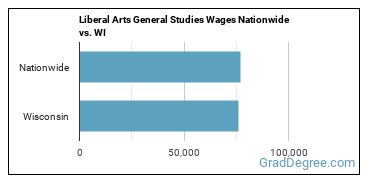 There are 2 colleges in Wisconsin that offer liberal arts degrees. Learn about the most popular 2 below:

Of all the students who attend this school, 100% get financial aid. It takes the average student 4.06 years to graduate. The full-time teacher rate is 82%.