As a degree choice, Business Administration & Management is the 1st most popular major in the state.

Business Administration majors in the state tend to have the following degree levels: 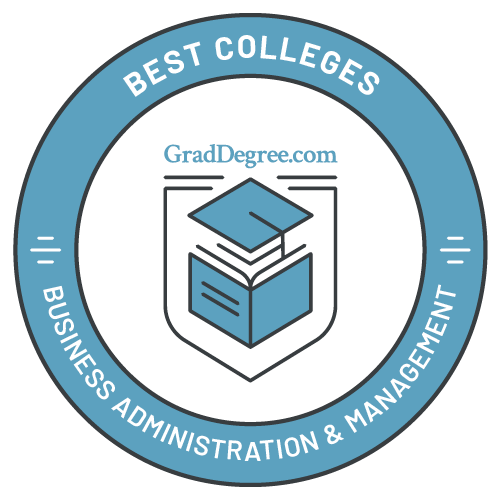 In North Carolina, a business administration major is more popular with men than with women. 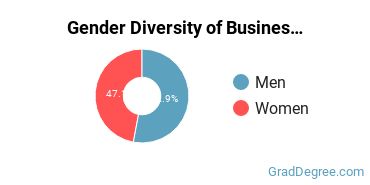 The racial distribution of business administration majors in North Carolina is as follows: 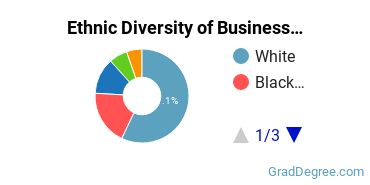 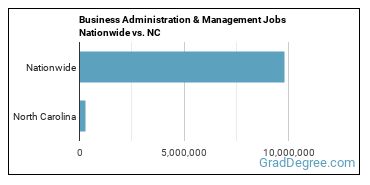 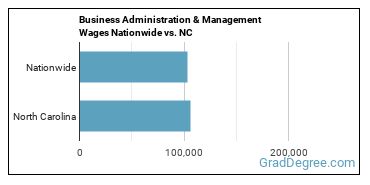 There are 36 colleges in North Carolina that offer business administration degrees. Learn about the most popular 10 below:

Most students complete their degree in 4.10 years. Graduates earn an average $76,300 after graduation. 66% of students get financical aid.

77% of the teachers are full time. The average student takes 4.09 years to complete their degree at UNC Chapel Hill. 13 to 1 is the student to faculty ratio.

An average student at Wake Forest University will pay a net price of $32,129. Students enjoy a student to faculty ratio of 11 to 1. The full-time teacher rate is 76%.

The average student takes 4.44 years to complete their degree at NC State. 70% of students get financical aid. The student loan default rate of 2.80% is a good sign that graduates can afford their loan payments.

Seeking financial aid? At this school, 81% of students receive it. This public school has an average net price of $16,506. Of all the teachers who work at the school, 78% are considered full time.

67% of students get financical aid. Roughly six years after entering college, graduates of this school earn $33,100 a year. This private institution charges an average net price of $24,150.

In their early career, UNC Charlotte grads earn an average salary of $35,900. This public school has an average net price of $16,943. Most students complete their degree in 4.59 years.

15 to 1 is the student to faculty ratio. 94% of students are awarded financial aid at this school. A typical student attending Fayetteville State University will pay a net price of $5,858.

48% of the teachers are full time. The student loan default rate is 4.40% which is lower than average. Grads earn an average early-career salary of $40,900 after earning their degree at this institution.

Grads earn an average early-career salary of $34,500 after earning their degree at this institution. 13 to 1 is the student to faculty ratio. It takes the average student 4.26 years to graduate.

Some of the careers business administration majors go into include:

Below are some popular majors in the state that are similar to business administration.